Experience the true freedom of flight above one of the most untouched places on earth. Fly with Monika Petrillo and circumnavigate the continent of Australia! As she became exposed to Australian culture, she learned about the Walkabout, a spiritual journey the Aborigines have valued for tens of thousands of years. That inspired her to use this trip to take stock of her own spiritual household. The first step toward that end was to relax. But that proved much more difficult than she thought: a tight schedule, careful and constant maintenance of the aircraft, pot-holed dirt runways, mechanical failures, sudden loss of visibility and unpredictable crosswinds kept her both too busy and too uptight."Flyabout" is an intimate, personal story about a pilot's journey around Australia. It is the story of a young woman growing into an adult and coming to grips with how generational roles change over time. Monika has never been a person to postpone her dreams. So at 24 she decided to get a pilot's license. A year later, her father surprised her by learning to fly as well. Together, they took off for one of the greatest adventures of their lives, but what impacted her most was the conflict that arose between her father and herself.

Runtime; 74 minutes; DVD REGION: ALL - Watch anywhere in the world.  Get your copy of "Flyabout" today.

If you haven't yet made up your mind (how can you NOT?) then take a minute, and enjoy the trailer footage for Flyabout DVD - Australia Outback from the Air!

WHAT OTHERS SAY ABOUT FLYABOUT:

"A masterpiece that rivals the best aviation movies. And aviation is richer for her accomplishment. . One of the best things I saw at Air Venture this year!"
-- Max Trescott, CFI of the Year 2008, Author, Aviation Blogger

"So thoughtful! The film is wonderful."
-- William Hurt, Actor

"The documentary has wonderful messages in it and it is very empowering and insightful."
-- Elizabeth Avellan, Producer (Spy Kids)

"FANTASTIC! I loved it¦ Many folks would profit from watching this film."
-- Rod Machado, Aviation instructor, speaker and writer

"Monika has successfully combined a story of family drama with an extraordinary air journey, told against the backdrop of an amazing Australian scenery."
-- Ikuo Shimizu, Koku-Fan Japanese Aviation Magazine 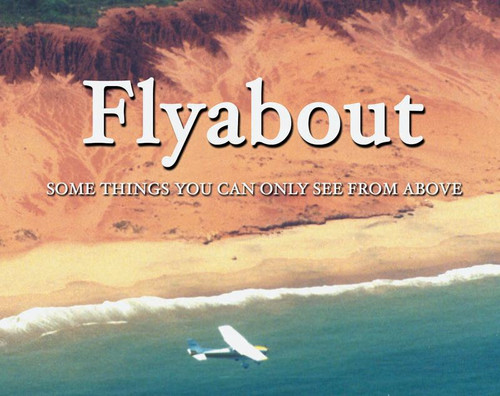